International Whale Shark Day on August 30 celebrates whale sharks and their epicness. The humongous fish happens to be the largest shark species on the planet, growing as much as 60 feet from the time of its birth. The whale shark is known for its slow and gentle behavior. It usually prefers to swim in shallow depths, but it is also found in waters as deep as 3,000 feet. Due to such factors, whale sharks are extremely easy to fish. People have been using them for their meat and fins. The whale shark market has led to at least a 50% decrease in the fish’s population. This is an alarming situation and the giant has now been placed on the endangered species list. The declining numbers also mean that the general marine environment is in danger too due to the threat of large numbers of plankton, which are one of the primary food sources for whale sharks.

The International Whale Shark Day was first commemorated in 2008 at the International Whale Shark Conference in Isla Holbox. The conference hosted 40 ocean experts, activists, and scientists who had a concern for the whale shark’s declining population. While said sharks have been around for more than 240 to 260 million years, it wasn’t until the 1820s that the whale shark was first discovered off the coast of South Africa. Dr. Andrew Smith rightfully described the fish as the largest shark to exist on earth. Despite their enormous size and the fact that their smaller cousins can prove to be more hostile, the whale sharks are known to have gentle demeanors. At birth, they are no bigger than 16 to 24 inches, but as they continue to grow, reaching their peak at 25, they can be as long as 46 to 60 feet. They have 300 rows of 3,000 teeth, which are only 0.2 inches long! Weighing in at some 12 tons, whale sharks are filter-feeders, mostly consuming planktons, squids, and fish. Like their size, they also tend to have enormous appetites that can lead them to eat 44 lbs of food every day.

The beautiful giant creatures, who also have unique patterns of dots and lines on their skin, are hard to locate. They have been around since the Jurrasic and Cretaceous periods, but it is reported that before the 1980s, there were less than 350 sightings recorded. This fact comes after more than 100 years since the whale shark’s discovery by the scientific community. These sharks swim in warm waters that are not too deep. Every spring, the whale sharks migrate to the Western continental shelf of Australia. The coral in the area’s Ningaloo Reef provides the fish with an ample amount of plankton. However, in recent decades, the whale shark has been placed on the endangered list of the world’s species. They are continuously hunted for meat, fins, and just pure fun. Parts of Asia like the Philippines continue the whale shark trade. If the whale sharks are not saved, it will affect our oceans too. Too many planktons will promote algal growth that in turn will lead to negative impacts on other fish species, the environment, and humans.

A few shark scales are found in the form of fossils from the Late Ordovician Period.

Scott Eckert and Brent Stewart use satellite tracking to closely study the living and growth patterns of whale sharks.

Sharks, who have some 400 species and have survived five mass extinction events, are in danger of going extinct in the near future due to human activities.

Why do we celebrate International Whale Shark Day?

We celebrate International Whale Shark Day because it helps raise and spread awareness about endangered fish and their importance in the marine environment.

Are whale sharks endangered in 2021?

Is there a World Shark Day?

A Shark Awareness Day is celebrated on July 14 every year.

5 Facts About Whale Sharks That Will Blow Your Mind 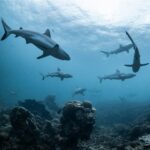 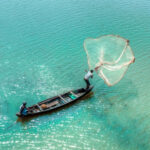