Emirati Women’s Day is commemorated every year on August 28. The Emirati Women’s Day was founded in 2015 by Her Highness Sheikha Fatima bint Mubarak, also known as The Mother of the Nation. The General Women’s Union of the United Arab Emirates was founded on this day and this unique holiday is observed to recognize Emirati women’s efforts and to honor their devotion, fortitude, dreams, and accomplishments in shaping the United Arab Emirates. It honors all of U.A.E. women’s accomplishments over the last 50 years, as well as their ambitions for the future.

Her Highness announced the first Emirati Women’s day celebration on August 15, 2015. Sheikha Fatima bint Mubarak is a member of the Mubarak family. The General Women’s Union of the United Arab Emirates was founded on this day in 1975. Her Royal Highness Sheikha Fatima is the U.A.E’s Founding Father’s wife. She is the President of the Supreme Council for Motherhood and Childhood, as well as the Chairwoman of the General Women’s Union and the Supreme Chairwoman of the Family Development Foundation. She is known as the Mother of Sheikhs and the Mother of the United Arab Emirates. She publicly stated at the end of the 1990s that women should be allowed to serve on the Federal National Council of the Emirates.

Sheikha Fatima is also a supporter of adult literacy initiatives and the provision of free public education for girls. She has always been a strong supporter of female athletes. Sheikha Fatima unveiled a National Action Plan on Women, Peace, and Security on March 30, 2021, the first of its kind in the Gulf Cooperation Council (G.C.C.). By supporting U.N. Security Council Resolution 1325, the strategy aims to empower and encourage women around the world.

U.N. Women, an international humanitarian organization, honored Sheikha Fatima in 2017 for her efforts in the U.A.E. to promote female equality and empowerment. The Emirati Women’s day initiated by her highness is commemorated to recognize Emirati women’s contributions and to honor their dedication, fortitude, and accomplishments in shaping the country.

The General Women's Union of the United Arab Emirates is founded on August 28.

U.N. Women, an international humanitarian organization, honors Sheikha Fatima for her efforts in the U.A.E. to promote female equality and empowerment.

What are the seven emirates of the U.A.E.?

Are the Emiratis Sunni or Shia Muslims?

What exactly are Emiratis?

The Emiratis are the United Arab Emirates’ native Arab people and citizens (U.A.E.).

How to Observe Emirati Womens Day

Why Emirati Womens Day is Important 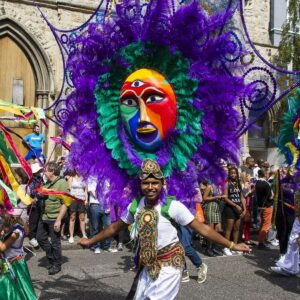 Notting Hill Carnival
Race Your Mouse Around the Icons Day