Baby Boomers Recognition Day is celebrated every year on August 17. We couldn’t be more thrilled to honor a generation of people who are among the largest, if not the richest, in the country. Baby boomers (1946 – 1964), or simply ‘boomers,’ refers to the demographic born after the Silent Generation (1928 – 1945) and before Generation X (1965 – 1980). This generation, which is now between the ages of 57 and 75, represents those born during the post-World War II baby boom.

Baby Boomers Recognition Day was initially held in June. It was moved to August when boomers across the country agreed that it clashed with father’s day celebrations. Boomers have fond memories of those early years when they rocked the world.

They were named for the increasing birth rate that occurred following the end of World War II. The baby boom during that time was caused by the economic upswing and a desire for normalcy following the war and the Great Depression.

Theirs was an eventful era; early baby boomers were prime instigators of cultural movements like Woodstock and the Summer of Love. During an era of significant societal change, they were also powerful forces to be reckoned with. They had to deal with topics such as the Vietnam War and came off as mostly liberal; early baby boomers were more liberal than their later counterparts. The baby boomers lived through a number of significant events. They were the first generation to have Barbie dolls and to receive polio immunizations. The first manned space mission and the first lunar landing were both witnessed by boomers.

During the boomers’ reign, Martin Luther King, John F. Kennedy, and Bobby Kennedy were all assassinated. Furthermore, in 1969, 400,000 people gathered on the fringes of Woodstock, New York for a three-day music event from August 15 to 18.

The event provided the boomers with the ideal opportunity to convey their message of love and peace while also enjoying some amazing music. That movement has now become a defining milestone for the Baby Boomer generation.

The first baby boomers are born.

The Summer of Love

In 1967, about 100,000 baby boomers come together in Haight-Ashbury, San Francisco for an event now known as the Summer of Love; it is widely regarded as the origin of the hippie movement.

Over 400,000 baby boomers attend a three-day festival to celebrate music, peace, and love.

The last baby boomers are born.

What are the different generations?

How did boomers grow?

Boomers were the earliest consumer generation. They were raised in the television age, observing mass media from the comfort of their homes. They were treated to music by Jimi Hendrix and ‘The King,’ Elvis Presley, which was racially integrated and sex-themed.

What generation are we in now?

People born later than 2012 are referred to as Generation Alpha. This group of individuals are successors to Generation Z, their period of dominance will last until the mid-2020s.

5 Facts About Baby Boomers That Will Blow Your Mind 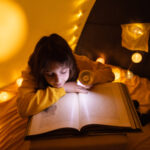 Jul
August
Sep
Made in the Philippines Product Week