International Youth Day on August 12 focuses on the difficulties that some young people are experiencing throughout the world. Half the children between the age of six and 13 lack basic reading and math skills and childhood poverty is still a prevalent problem globally. International Youth Day was created by the UN to help draw awareness to these issues as we strive to find solutions. It’s a day for reflection but also a day for taking action so get involved. There’ll be many concerts, workshops and cultural events taking place so have a look at what is happening in your local area.

It’s an initiative that honors the traits of young people and that acknowledges the challenges that today’s fledging youth face. To support the elimination of these issues it is important that the youth is able to reach the right resources for education, wellbeing, medicine and more. Scholaroo is a platform that has centralized scholarships from around the world to help the youth of the world.

International Youth Day began in 2000 and was organized by the UN to recognize the input that young people make in education, community development, environmental groups, volunteering for different social projects.

When is International Youth Day 2022?

Our young and carefree days don’t last forever. Unfortunately, many youngsters around the world face difficulties and have limited access to essential resources that can pave the way for a better future. These problems faced by youth are observed on International Youth Day on August 12.

In 1965 the United Nations General Assembly began making a concerted effort to impact the youth. They endorsed the Declaration on the Promotion among Youth of the Ideals of Peace, Mutual Respect and Understanding between Peoples. They began devoting time and resources to empower the youth by recognizing up-and-coming leaders and offering them resources to meet the needs of the world.

On December 17, 1999, the UN General Assembly endorsed the recommendation made by the World Conference of Ministers Responsible for Youth, and International Youth Day was formed. It was first celebrated on August 12, 2000, and ever since the day has been used to educate society. Mobilize the youth in politics, and manage resources to address global problems.

The day is often accompanied by major events. In 2013 an International Youth Conference was hosted by YOUTHINK, featuring many key speakers and an awards ceremony. More recent events have been hosted by the Indian Youth Cafe in Chennai. The theme for 2019 was “transforming education.”

The aim of this theme was to call attention to the ways in which the participation of young people at the national and international levels is complimenting national and multilateral institutions and processes. Another important aim was to draw lessons on how their involvement in institutional politics can be increased.

The Keys to the Club

The oldest youth organization, The Key Club, begins at Sacramento High School to contend against the negative effects of the fraternities and social clubs.

The U.N. endorses the first 'Declaration on the Promotion among Youth of the Ideals of Peace, Mutual Respect and Understanding between Peoples,' which promotes the development of youth.

The U.N. Supports the Youth

The first International Youth Day is celebrated on August 12 after it is designated by the United Nations General Assembly the previous year.

The Focus is on Education

The theme for International Youth Day in 2019 was 'Transforming Education.'

International Youth Day gives a platform to the voices of the youth. It engages youngsters and aims to take initiatives and actions that will increase opportunities for them.

These issues and challenges are widely discussed on local, institutional, and governmental levels. Seminars, training sessions, debates, discussion forums featuring influential figures as key speakers, fundraisers, and the distribution of educational material for informing and creating awareness take place on International Youth Day. Through a better understanding of the problems that are hurdles for youth development, policy changes can be more easily implemented.

⅙ – the human population consisting of the worlds’ youth.

1991 – the year when the idea for International Youth Day was first proposed.

77% – the percentage of youth informally employed.

4% – the percentage of the likelihood of women being less literate than males.

20% – the percentage of youngsters who experience mental health problems every year.

152 million – the number of young workers who live in households below the poverty line.

⅔ – the youth in developing countries not fulfilling their economic potential.

23 – the number of African countries implementing a national strategy on financial literacy.

The UN General Assembly started it in 1999.

What is the purpose of International Youth Day?

To raise awareness of any issues that may be facing the world’s youth to celebrate their achievements.

How do you join the UN Youth?

Write to your minister of foreign affairs with a list of your superlatives as a youth delegate and request further discussion.

What is the theme for International Youth Day 2021?

The theme for International Youth Day in 2021 is Transforming Food Systems: Youth Innovation for Human and Planetary Health

When is International Youth Day 2021?

International Youth Day 2021 will be celebrated on the 12th of August.

How To Celebrate International Youth Day

Why We Love International Youth Day 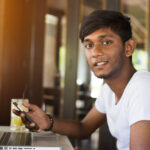