We saw the celebration for Psychic Day coming a long time ago! Held on the first Sunday in August each year, on this year, Psychic Day celebrates the power of all psychics. Did you know, psychics believe every person on this planet is born with some psychic ability? That’s why these celebrations also include recognizing people who are trying to hone their previously dormant psychic abilities.

There are many different definitions of the term ‘psychic’, although it commonly refers to someone who is very intuitive and uses their extrasensory perception (ESP) or ‘sixth sense’ to acquire information that normal senses cannot pick up.

The word itself originates from the Greek word ‘psychikos,’ which means ‘of the mind’ or ‘mental.’ The term ‘psychic’ is credited to French astronomer and spiritualist Camille Flammarion, and many believe this word was introduced to the English language by English lawyer and legal writer Edward William Cox in the late 1800s.

The world has been fascinated with the concept of various prediction systems since ancient times. Astrology, the most widely known system of ancient fortune-telling, included astrologists using the position of celestial bodies to determine future circumstances and deliver insight into people’s lives. Seers and prophets were prominent and so were the advisors to kings and queens. Ancient Egyptian seers were the priests of the sun deity, Ra. They also practiced ‘scrying,’ by dropping ink into water and then ‘reading’ the shapes. The ancient Greeks believed the Pythia — the name given to a succession of priestesses who presided over the Oracle of Apollo at Delphi, Greece — could deliver prophecies that were inspired by the God Apollo himself. Some accounts detail how the Pythia would deliver these oracles — the old term for a message given by an oracle — in a frenzied state, speaking in gibberish the whole time. Others believe the Pythia spoke intelligibly. Recent evidence indicates the presence of ethylene gas, which could have caused the frenzied state. This practice ceased when the emperor Theodosius I ordered all pagan temples to stop operating.

One of the most famous psychics who ever existed is the French apothecary and seer, Michel de Nostredame, although people know him by his Latinized name, Nostradamus. His written prophecies (or quatrains) number 6,338, and mostly deal with disasters like plagues, earthquakes, wars, floods, invasions, murders, droughts, and battles. All of these were not dated by him, however, and are very generic.

By the late 18th century, multiple forms of psychics and methods came to be known. The U.S. itself was very captivated by these experiences, particularly with séances, clairvoyance, and telepathy. By the mid-19th century, Modern Spiritualism took root in the U.S. and the U.K. There was a strong belief that people could speak to the dead. Multiple psychics grew to fame in this period — like Daniel Dunglas Home and Helena Blavatsky — and societies were also formed. From the 1960s onward, psychic readings and advertisements for psychics were very common. Psychic readings were offered via the phone, at home, or at psychic fairs.

Even science fiction was not spared, and many common books, movie franchises, and television series feature ‘psychic powers.’ Popular titles include Anne McCaffrey’s “The Talents Universe” series, Jean Grey from the Marvel Comics’ “X-Men” series, and the Disney Channel Original Series “That’s So Raven” and its spin-off “Raven’s Home.”

We believe Psychic Day was created by Richard R. Falk way back in the 19th century. This was purportedly a publicity stunt on his part to promote some celebrity psychics he was managing. Whatever the reason, this day and related celebrations have attracted immense interest ever since.

Presiding over the Oracle of Apollo, the Pythia, ancient priestesses, deliver prophecies inspired by the god Apollo himself.

The emperor Theodosius I orders all pagan temples, like the ones at Delphi, to cease their activities.

The famous French seer Nostradamus is very well-known for his book “Les Propheties,” the first edition of which appears this year.

The French use tarot cards as tools for divination (aka the attempt to gain knowledge of the future via different means).

‘Psychic’ Comes to the English Language

From this point on, psychics and their services are very common across the U.S.

Our Day is Born

People believe Psychic Day is the result of a PR stunt by a celebrity psychic manager.

What are the different types of psychics?

Psychic is used to describe all individuals with extrasensory perception and special abilities. The different types of psychics include psychics, mediums, intuitives and clairvoyants, tarot card readers, and astrologers.

Are ‘psychic’ and ‘medium’ the same?

Psychics are a general term for people with ESP, while mediums speak to the dead. All mediums are psychics, but not all psychics are mediums.

Who is the best psychic of all time?

How To Celebrate Psychic Day

Why We Love Psychic Day 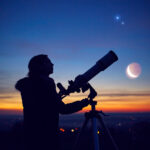