When is National Underwear Day 2022?

Underwear of all shapes, sizes, and colors is celebrated on National Underwear Day on August 5.

National Underwear Day was originally created by the brand Freshpair in 2003, as a campaign promoting a positive body image. Although men were part of the initiative as well, the focus was more on women, and how society perceives their body image. This was during a time when being confident in one’s bare skin was somewhat a new concept, and market trends were rapidly changing. The movement went viral, and National Underwear Day has been celebrated on August 5 every year since.

The first underwear dates back to prehistoric times — with humans wearing a loincloth. During the Middle Ages, men wore linen shorts or ‘braies.’ Women wore a ‘shift’ under their dresses. In Britain, pants were long drawers covering the whole leg. (In fact, the word, ‘panties’ evolved from a shortened version of the word ‘pants.’) But women’s knickers didn’t appear until the 19th century.

While underwear is primarily for protecting clothes from getting stained, the rising demand for lingerie led to more fashionable varieties of underwear. Lady Duff-Gordon of Lucile was the first to create lingerie that freed women from tight corsets. Breakthrough brand Victoria’s Secret was founded in 1977 and made underwear and nightwear both fun and functional for daily wear.

National Underwear Day celebrates boxers, briefs, sports bras, and even some swimsuits. If it is worn underneath your clothing, it is an undergarment worth celebrating!

Agent Provocateur is founded in the U.K.

Nude-colored underwear becomes popular, with more consumers opting for it instead of bright vivid colors.

Underwear By The Numbers

21 — the number of pairs of underwear the average American woman owns.

6 — the number of different bra sizes the average woman will wear in her life.

6 — the number of months after which bras should be replaced.

9% — the percentage of men in America who own underwear that is at least 10 years old.

80% — the percentage of women who wear the wrong bra size.

Is it OK to wear underwear two days in a row?

Health-wise, it is alright to wear the same pair of underwear for two days consecutively, as long as they are clean and aren’t prominently stained or marked.

Is it important to wear underwear?

Other than hygiene, wearing underwear absorbs sweat and generally shields the body from chafing or irritation from jeans, pants, etc.

Should you sleep with underwear on?

It is recommended by many health professionals that humans should sleep without undergarments.

5 Facts About Underwear That Are Worth Knowing

Why We Love National Underwear Day 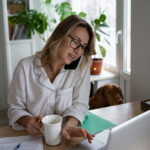 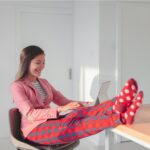 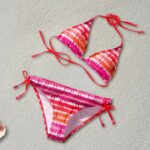