National Speak Up For Service Day, held annually on October 30, is an event specially organized to recognize the contribution of the youth towards community service. This day also recognizes the need to tell others how important youth contribution actually is to various causes. We see and accept how much influence young people have on our environment.

History of National Speak Up For Service Day

Youth involvement in society has gained prominence over the past few decades. Strictly speaking, speaking up was not always considered ‘good behavior.’ In history, so-called good children did not always speak up. This perception is slowly changing, nationally and globally.

While the term ‘youth’ is subject to each country’s cultural contexts and rules, and the age at which youth begins and ends varies, the common age (15–24) remains the same. Young people have been speaking out about issues important to them for a while now. Asmaa Mahfouz’s vlog was one of the factors responsible for sparking the 2011 Arab Spring revolution in Egypt, or so many people believe. As recently as 2015, young Sophie Cruz, then a child of five, wrote a letter to the Pope asking him to intervene on her parents’ behalf and stop them from being deported from America. She continues advocating for greater openness towards immigrants and refugees even today.

Across the U.S., such cases became more common from the mid-to-late nineteenth century, as young people formed labor strikes to protest working conditions, wages, and working hours. In the 1930s, as people began to separate the youths’ interests from their older counterparts, the American Youth Congress presented a “Bill of Youth Rights” to the U.S. Congress. Youths have been participating in all sections of reform more frequently since then, including in the Civil Rights Movement, the Occupy Movement, and more. In fact, Martin Luther King Jr. engaged youth activists to protest against racist law enforcement practices in Birmingham, Alabama. Today’s youth are building on the actions of past youth speakers and activists, greatly helped by social media. With such platforms, they can rapidly access, sift, and use data, and petition for causes.

The community service club, Mandan Lions Club, founded the National Speak Up For Service Day in 2014, but its history began long before that. In honor of social worker Laura Christensen Espejo, the Fargo Lions Club joined hands with Laura’s friends to launch a public speaking contest for high school students in that area. They wanted to find a meaningful way to acknowledge Laura’s service and work. They called this event the Student Speakers Contest, and it is held annually in March. From this, Robert Littlefield of Lions Club International (the parent community service organization to Fargo Lions Club) took up the mantle, launching the contest as a statewide initiative when he served as District Governor in 2010-2011.

The Lions Club itself held the very first Lions Speak Up For Service public speaking contest in 2010, at the North Dakota State Lions Convention in Grand Forks. That year, high-school senior Brent Johnson took home the prize, and each contestant won scholarships for their participation. The tradition continues every year as more youths speak up for service.

The youth in the U.S. grows more concerned about issues that affect them, and this period sees multiple student movements launched across the nation.

Four young African-American students are denied service at Woolworth's lunch counter in Greensboro, North Carolina, and are asked to sit in a segregated section, so they sit in as a protest, and this movement spreads to college towns throughout the South of the U.S.

Students from Czechoslovakia protest the communist regime, staying peaceful even as police advance on them, and 11 days later, the Communist Party of Czechoslovakia relinquishes power.

Our Day is Established

Why is it scary to speak up?

Often, people do not speak up out of fear. Fear of alienating others, fear of sharing a difficult truth, and more.

How do I stop being scared to talk?

Have conviction in your cause, muster the courage to say what you mean, and develop the skill to speak clearly and honestly.

What happens when you don't speak up?

Does age qualify people to speak up?

It is not age, but the fact that the right to speak up exists for all human beings, that qualifies people to speak up for various causes.

How to Celebrate National Speak Up For Service Day

5 Important Facts About Youths Who Speak Up

Why National Speak Up For Service Day is Important 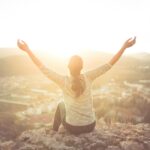 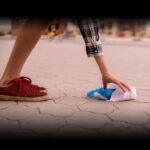