National Sickle Cell Awareness Month is held every September to raise awareness and attention for sickle cell disease. The ultimate aim is to drive research and treatment options to give those affected by this illness a better quality of life.

This inherited blood disease turns the red blood cells into a sickle shape. This very shape causes problems when blood has to flow through small blood vessels, leading to blockages and causing the person pain and other, more serious symptoms.

Records indicate this disease existed in Africa for at least 5,000 years and was previously known by many different tribal names. Medical history puts the date of official discovery, and subsequent naming, in 1910. A 20-year-old man, Walter Clement Noel, originally from the island of Grenada, was studying dentistry in Chicago when he developed acute episodes of pain and symptoms of anemia. He visited a cardiologist, Dr. James B. Herrick, who in turn referred him to his resident, Dr. Ernest Irons. Upon examining Walter’s blood under a microscope, Dr. Irons realized the blood cells were in the shape of sickles. The case went back to Dr. Herrick, who realized this was a new, heretofore undiscovered disease. He went on to publish his report in a medical journal, “Internal Medicine,” in which he used the term ‘sickle-shaped cells.’ His description was so influential that the disease was given his name; it was called ‘Herrick’s syndrome’ for many years before taking on its current moniker — sickle cell disease.

After Herrick’s discovery, more cases began to surface, primarily among people of African origin, but no one knew what this disease was. 17 years after the discovery, two medical professionals, surgeon Vernon Hahn and intern Elizabeth B. Gillespie, found that by removing oxygen from the red blood cells, it could be made to sickle. This was crucial to understanding what caused this disease and how to treat it. Other experiments in this period also established a condition known as sickle trait — red blood cells ‘sickled’ when deprived of oxygen, but the person developed no symptoms of the disease.

By the 1940s, another important theory had been established with regard to this disease — the world learned this was inherited from parents. Two articles were published, independent of each other, both showing that people with sickle cells but no symptoms got the gene from one parent, while those with the disease got a double dose of the genes. One article was in an African medical journal and was published by military doctor Col. E. A. Beet from Portuguese East Africa (now called Mozambique). The other article was published in the American journal, “Science,” by Dr. James V. Neel, who was the chairman and founder of the Department of Human Genetics at the University of Michigan. Dr. Neel benefitted from the popularity of the American journal and often gets sole credit for this discovery.

By 1951, the world knew that the oxygen-carrying protein in the red blood cells — called hemoglobin — had a different structure in people with sickle cell disease. Again, this helped researchers understand more about how this disease affected people. The 1970s onwards saw improved testing, better treatment options, and thus, the life spans and quality of life of people afflicted by this disease increased. Around this time, the non-profit organization National Association for Sickle Cell Disease, Inc. realized there was a lot of miscommunication and incorrect information surrounding this disease. They launched a series of awareness campaigns in 1975, and a year later, launched the National Sickle Cell Awareness Month. Since then, they have been working towards better treatments, and a cure, under the name Sickle Cell Disease Association of America. The federal government officially recognized this month in 1983, and America has been observing this day ever since.

Dr. Victor Emmel from Washington University Medical School creates a test to determine if someone has sickle cell disease — if blood, kept for several hours on a microscope, shows evidence of sickles, the person is said to have the 'sickling disease.'

A medical instructor from Johns Hopkins University Medical School, John Huck, and Dr. C.C. Guthrie are some of the first to study sickle cell anemia; while they cannot make firm conclusions, they suggest the disease might be genetic.

Two independent articles by two doctors — one in Africa and the other in America — prove that sickle cell disease is inherited.

Dr. Linus Pauling and Dr. Harvey Itano make an important discovery that the chemical structure of hemoglobin is different in patients with sickle cell disease.

What is the color for sickle cell awareness?

Burgundy has been selected as the color for sickle cell awareness.

What is the theme for World Sickle Cell Day 2021?

The theme for this year is ‘Shine the Light on Sickle Cell’. The Sickle Cell Improvement in the Northeast Region through education (SiNERGe) project is collaborating with the Sickle Cell Disease Association of America, Inc. to launch this year’s month.

Sickle cells have a lower life expectancy than normal red blood cells and live for only 42 to 47 years. 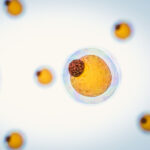