Día de la Raza or “Race Day” is celebrated on October 12 every year to recognize the cultural fusion of indigenous America and Spanish heritage. The day is generally observed as a national holiday in Spanish countries and in Spanish communities. There is a controversial element to the holiday as well, but all in all it is a festive holiday.

When Christopher Columbus stepped on the new world on October 12, 1492, it was the moment when the world changed forever, and the Europeans met the native Americans. Following this map-altering event, many expeditions were organized to the newfound region by explorers like Francisco Hernández de Córdoba and Núñez de Balboa. But it was Américo Vespucio who proclaimed the discovery of the new continent after he navigated the coast of South America. Realizing his grand discovery, he named the land after his own name, declaring it as “America.”

Gradually, the many different cultures and traditions combined into the creation of a continent of altogether new cultures and mixed races. The rest, as they say, is history.

On Día de la Raza, all Spanish-speaking cultures and nations rejoice and celebrate their identity with colorful parades, dance events, traditional food, and more. There are even scholarship opportunities for Hispanic students to check out on this day.

Día de la Raza is celebrated for the first time in Argentina.

Día de la Raza is observed in Colombia and Venezuela.

Día de la Raza is celebrated in Mexico for the first time.

What is an interesting fact about Día de la Raza?

El Día de la Raza is celebrated in Latin America and other Spanish-speaking regions instead of Columbus Day.

How do you celebrate Día de la Raza?

Just like most festive holidays, Dia de la Raza is celebrated with grand firework displays, parades, lots of entertainment, and of course, celebrations won’t be complete without great food! 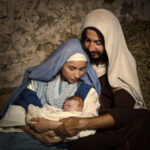