Redhead Appreciation Day on September 23 reminds us of the beauty and uniqueness of red-haired people. They possess the rarest hair shade and are often associated with having a “fiery” or “hot-tempered” nature. Whether that’s true or not, we can’t deny that redheads are like rare birds of paradise, making up just four percent of the world’s population! Nicknamed gingers, carrot-tops, flame-haired, “ranga”, “bluey,” redheads can often feel like outcasts and stand out in the crowd. So if you are a redhead, or have a redhead friend or family member, today is the day to appreciate them in all their flaming glory!

Although natural red hair is more commonly admired now due to its distinctiveness, redheads have dealt with mixed attitudes towards them throughout history. Alternatively admired or ridiculed for the color of their crowning tresses, outlooks on red hair have always been polarized. Throughout time, redheads have been portrayed as beautiful and brave or else promiscuous, wild, hot-tempered, violent, or immoral.

Perhaps this sinful yet desirable historical interpretation of red-heads began with some religious descriptions. One of the better-known accounts is seen in Jewish mythology, detailing the appearance of Lilith, a comely demon who wreaked sensual havoc in the Garden of Eden. She was often depicted as a red-headed woman. Similarly, Judas, who infamously betrayed Jesus in the Bible, is often portrayed in medieval paintings as having flaming red hair and a crimson beard.

But let’s trace the interesting origins of red hair. Contrary to what many people assume, redheads did not originate in Scandinavia, Scotland, or Ireland, but in Central Asia around 100,000 years ago. Their coloring is due to a mutation in the MC1R gene that fails to produce sun-protective, skin-darkening eumelanin and instead causes pale skin, freckles, and red hair.

Ancient writers began forming conclusions in an attempt to rationalize red hair, often portraying them as warlike, uncivilized – yet also admirable. Aristotle described them as brave but also believed red-heads to be evil characters because their hair-shade matched that of a fox. Similarly, the Romans regarded redheads as untrustworthy, despite many Roman women prompting wig-makers to import quantities of red hair from Europe.

This suspicion of red hair continued and evolved with time. In the Middle Ages and beyond, redheads acquired even more negative connotations. Red hair became an almost demonic badge, associated with witches, vampires, and werewolves. During the sixteenth to eighteenth centuries, red hair was often seen as a marker of witchcraft and magical abilities, and during witch hunts, red-haired people were often suspected and found guilty by hunters.

Now, redheads are often seen as rare and unique. In Denmark, having a red-headed child is considered an honor. The name of the country Russia means “Land of the Reds” to honor a red-headed Viking named Rurik. Only two percent of people in the U.S. have red hair. It’s time to appreciate and love redheads because they are beautiful!

The pioneers of red hair began to spread to the Balkans and central and Western Europe, which became established as the geographical and historical homeland of red-haired culture.

The unusual hair color became a physical depiction of “otherness,” with notable artists such as Anthony van Dyke and even Shakespeare attributing redhead characteristics as untrustworthy and treacherous.

A French study compares societal views on blonde, brunette, and red-headed women, with the results showing the redheaded woman is seen as more mean and more likely to be unfaithful than the other two.

Redhead Day begins in the Netherlands, a Dutch summer festival that celebrates the beauty of natural red hair.

What is special about redheads?

Well, because the gene mutation (MC1R) that causes red hair is on the same gene linked to pain receptors. It also means redheads usually need more anesthesia for dental and medical procedures.

Who is the most famous redhead?

Ed Sheeran is perhaps the most famous ginger in the world right now, who rose to fame in 2012 with the release of his single “The A Team.” Other famous redheads include Nicole Kidman, Julienne Moore, Rupert Grint, Debra Messing, and Isla Fisher.

Do redheads go grey or white?

Ginger hair retains its natural pigment a lot longer than other shades, so there’s no need to panic about going grey. Red hair simply fades with age through a glorious spectrum of faded copper to rosy-blonde colors, then to silvery-white.

5 Amazing Facts About The Power Of Redheads

Why We Love Redhead Appreciation Day 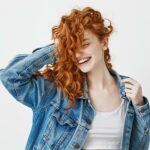