National Jude Day falls on September 19. This holiday celebrates everyone around the world named Jude whether they are famous or not. This name has become very popular for those wanting a simple and sweet name for their child or an ordinary-sounding biblical name. It’s a great name for Christians wanting to honor their religion or for non-religious folk wanting a classic that’s not outdated or overused.

The name Jude has origins related to Germany and Ireland and came to England in the wave of migrations in 1066 following the ‘Norman Conquest.’ It was first found in Warwickshire where it was used as a surname. The name is derived from the Old English word ‘juge’ meaning ‘judge’ and means ‘an officer of justice.’ The name spread further across the world as the English migrated to North America, Australia, and Ireland.

The first name Jude is the Hebrew version of the name ‘Yhuda,’ meaning ‘praised.’ There are several variations of this name, such as ‘Judas’ and ‘Juhah.’ This name is very popular amongst Christians and Jews as there exist many religious figures with this name and its variations. Jude the Apostle is one of the Twelve Apostles of Jesus as mentioned in the New Testament. The Twelve Apostles were the disciples of Jesus during the first century. They were his followers and helped teach Jesus’s message. Jude became a saint for loving Jesus and has caused many miracles. Jude confronted those that attempted to distort the message of Jesus. He is not to be confused with Judas, another one of the Twelve Apostles, who is known for betraying Jesus.

The name Jude was not popular in the US until 1954. It fluctuated in the chart but grew in popularity in the late 60s after the Beatles released their hit single “Hey Jude.” The name then went back down the charts until 1999 when it again became popular due to the release of “The Talented Mr. Ripley,” starring Jude Law. Since then, this name has been a favorite.

The Birth of the Oldest Jude

Saint Jude the Apostle is born.

The Release of a Hit Single

Jude Law stars in “The Talented Mr. Ripley,” his best and most notable role.

Jude Bellingham becomes the youngest goalscorer in Borussia Dortmund at only 16.

What is the name Jude short for?

Jude can be short for Judah or Judas.

Is Jude a boy or girl’s name?

Jude is originally a boy’s name but is now considered unisex.

Jude is a classic name that first became popular in the 50s and it does have strong religious connotations. However, it’s not viewed purely as a religious name.

5 Fun Facts About The Name Jude

Why We Love National Jude Day 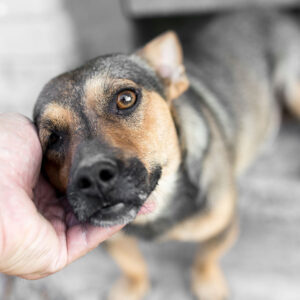 Respect for the Aged Day
Talk Like a Pirate Day