We get another shot at love on National Lover’s Day, which falls on April 23. There are many days in the year dedicated to expressing love. One of the major ones is Valentine’s Day, but if you missed it, you have the chance to make up for it on Lover’s Day — a day dedicated to celebrating your love for your significant other. This day is said to have originated from Saint George’s Day, which falls on the same day and is celebrated across Europe.

National Lover’s Day is proof that there is no such thing as too much love. This holiday falls after the more popular Valentine’s Day, and comes just before Global Love Day, celebrated on May 1, it presents another opportunity to spoil your lover or betrothed with gifts of appreciation.

Although there isn’t a definitive origin of the day and no detailed history of it, some say it came about as a result of Saint George’s Day, which is observed on the same day — April 23. Saint George’s Day is celebrated in Europe by taking the time to honor both love and literature. Saint George, after whom the day is named, received this official honor from the Christian Church for having lived in a holy way. He died on April 23, 303 A.D.

April 23 also marks the day writers William Shakespeare and Josep Pla died. In the Spanish region of Catalonia, it is often called ‘El Dia de La Rosa,’ meaning ‘The Day of the Rose’ or ‘El Dia del Libre’ (‘The Day of the Book’).

Another reason you’ll run out of excuses not to dedicate a day to your loved one is, ‘Dia dos Namorados,’ which is Brazil’s Lover’s Day, falls on June 12 and is also celebrated by giving gifts and romantic activities, like going on a date.

The Death of a Saint

The Death of Writers

The Death of A Journalist

The Death of Another Amazing Author

The author of the “Mary Poppins” books, Pamela Lydon Travers passes away on April 23.

Are Valentine’s Day and National Lover’s Day the same?

Where is Lover’s Day celebrated?

Lover’s Day is typically observed in Europe in various cultural expressions. However, the day can be celebrated by anyone looking to show some love to their significant other.

What else is celebrated on Lover’s Day?

Lover’s Day is also observed alongside St. George’s Day and coincides with the day that several significant writers and literates, such as William Shakespeare, and Josep Pla, died.

How To Celebrate National Lover’s Day

5 Biological Facts About Love That Will Interest You

Why We Love National Lover’s Day 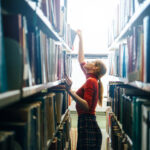 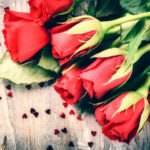 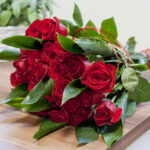