National Look Up at the Sky Day is on April 14, and we have some interesting moments in history, aurora light facts, and the perfect ways to celebrate. We often rush through our weekdays, hoping the weekend will come quickly, and then rush through the weekends before dreading its end. When was the last time you stopped and looked up at the sky? Did you know that a cloud can weigh approximately 1.1 million pounds, or that the color of a star depends on its temperature? The sky is fascinating, yet we hardly even notice it.

History of National Look Up at the Sky Day

Although the history behind National Look Up at the Sky Day is rather vague, some believe it started in honor of Jack Borden, a former Boston newsman who quit his day job after looking at the sky for what he considered to be the first time. He wanted others to see what he saw that day and founded For Spacious Skies, a nonprofit in the 1980s. The organization focuses on teaching children and adults to live in the moment rather than passing through life without noticing nature’s beauty. According to a Harvard study, students who were more aware of the sky were the ones that excelled in reading, writing, music, and visual arts. Borden believed that the more you looked up at the sky, the more you would appreciate it.

Throughout history, multiple astronomers have been fascinated with the unknown the sky holds. Astronomy itself is the oldest natural science, and the sky is believed to have religious and mythological purposes, as well as to be a bringer of both good and evil. Ancient Mayans believed celestial objects were gods, and they closely linked their calendars to the astronomy they studied. The oldest-known aurora citation was documented in China in 2600 B.C. and was first called ‘aurora borealis’ by Galileo Galilei in 1619 A.D. after a Roman goddess. Traveling sailors would use stars to navigate, and the sun was their only instrument to tell the time. NASA, an integral organization for astronomic information, was founded in 1958 and continues to learn new data about space. National Look Up at the Sky Day helps us remember that there is important history all around us, and to be more aware of its presence.

National Look Up at the Sky Day timeline

An early artifact, the Nebra sky disk, a bronze disk that depicts the moon and stars inlaid in gold, is used during this time by sky observers from northern Europe.

Months before Galileo focused his telescope on the moon for the first time, Thomas Harriot, an Englishman, looked through a telescope and made the first drawing of the moon.

The National Aeronautics and Space Administration, or NASA, is founded on October 1 by Dwight D. Eisenhower.

A star nicknamed Lucy, 50 light-years away from the Earth, is discovered to be the biggest diamond ever found, made of 10 billion trillion trillion carats.

National Look Up at the Sky Day FAQs

Why is the sky blue?

The sky is blue because of scattered sunlight. Gas molecules in the air scatter blue light from the sun to make the sky appear blue during the day.

Why can’t I see that many stars at night?

Usually, for people that live in or near a big city, there may be more light pollution. This light pollution can be brighter than the stars in the sky due to the reflection of city lights.

How can you celebrate if it’s raining?

No worries! You can still celebrate by watching the sky from a nearby window, putting on some rain boots and grabbing a clear umbrella, or if you have a porch, you can sit outside and just watch the rain come down.

National Look Up at the Sky Day Activities

5 Facts About Aurora Borealis That Will Wow You

Why We Love National Look Up at the Sky Day

National Look Up at the Sky Day dates

National Look Up at the Sky Day related holidays 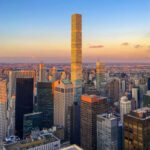 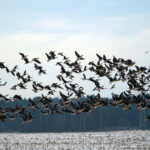 National Look Up at the Sky Day

National Reach As High As You Can Day