National Zoo Lovers Day, celebrated on April 8 in the U.S. brings all the zoo animal enthusiasts together to celebrate this significant day! Do you know how many animals were saved by zoos from going extinct? Yes, zoos are more than just conservation sites for endangered species, they also provide educational, research, and entertainment purposes. We can trace the history of zoos back to 4000 B.C. If you love animals, then this holiday is just for you. Visit a zoo nearby to find out about your favorite animals; you can also ask to volunteer at a zoo!

In the 7th century B.C, the Greeks had the habit of caging animals. ‘Alexander the Great’ sent many animals caught on his military expeditions to Greece. The earlier Egyptian and Asian zoos were kept mainly for public visitors and secondarily used for research purposes. During the 4th century B.C., the Greeks were more concerned with the research and experiment of captivated animals. The Romans had two different animal collections for arena and research objectives.

After the Roman Empire, zoos faced a downfall, but some private collections existed by Emperor Charlemagne in the eighth century and Henry I in the 12th century. King Philip VI had a menagerie in the Louvre, Paris, in 1333. Many members of the house of Bourbon had animal collections at Versailles. Later in 1519, a zoo was discovered in Mexico, which habituated birds, mammals, and reptiles. It was maintained by 300 zookeepers. In 1752, the Imperial Menagerie was founded at the Schönbrunn Palace in Vienna as the first modern-day zoo.

In 1828, two years after the Zoological Society of London was founded, the collection was created in Regent’s Park. By the mid 19th century, zoos were established worldwide. Among the existing zoos of today, more than 40 zoos are 100 years old. Most of these old zoos are in Europe. Since the end of World War II, there has been a fast and worldwide growth of zoos, many of which serve the purpose of public entertainment and economic gain rather than animal research. The exact number of public animal collections across the world today is unknown, although it is believed to be in the thousands.

The Rise Of Private Zoos

From the shreds of evidence found in Egypt and Mesopotamia, private zoos show status among the wealthy in Rome.

Why do we need zoos?

Zoological gardens are needed to preserve biodiversity. Zoos provide a home to exotic endangered animals and have a history of saving many animals from being extinct.

Why are pet animals not allowed in the zoo?

Pet animals are not allowed in the zoo for various reasons. It can affect the health of zoo animals. Pet animals can be agitated by strange sounds, sights, and smells, which can bring out harm to anyone around.

Can I bring home the adopted animal?

Unfortunately, you cannot. The animals in the zoo cannot be brought up in a domestic household. You will be providing financial support for the animal you have adopted. 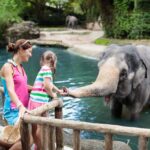 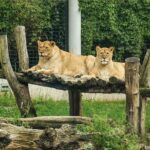