National Student Employment Week (NSEW) is celebrated every second week of April, from April 4 to April 10 this year. It sets aside seven full days of recognition, appreciation, and encouragement for the student employees and employers. Every year, the second week in April is dedicated to highlighting student employment practices across colleges and universities that help undergraduate students develop invaluable practical skills and, importantly, pay for their tuition expenses. Sponsored by the National Student Employment Association, NSEW is designed to honor students and their employers, and target university/college campuses to develop career-enhancing opportunities, increase participation, and celebrate their employed student body.

Universities and colleges celebrate this week by appreciating jobs well done. Every year, this week brings a chance to recognize the importance of the student workforce in the education sectors and honors the student employees who have continued to set a good example.

Many campuses nationwide reveal the National Student Employee of the Year during this week. Students nominated by their supervisors based on their employee contributions throughout the year are judged on qualities like reliability, initiative, professionalism, and uniqueness, to name a few. One student is crowned as the Employee of the Year, saluted for his/her hard work, and rewarded enormously.

Higher education in the U.S. begins with the establishment of Harvard College.

In 1767, The King’s College in New York establishes the first medical department of the state and awards the first American M.D degree in 1770.

Only rich schools like Harvard have endowments large enough to absorb the losses and negative impact of the Great Depression on higher education in the U.S.

What is a student employee?

Do student workers get paid?

What is a student assistant job description?

5 Facts About Student Loans That Will Blow Your Mind 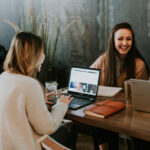