Family Day in Canada, the third Monday in February, is technically not a national, federally-mandated holiday. But most Canadians live in areas that celebrate it as a province-level statutory holiday — in British Columbia, Alberta, Ontario, New Brunswick, and Saskatchewan as ‘Family Day;’ in Manitoba as ‘Louis Riel Day;’ in Nova Scotia as ‘Nova Scotia Heritage Day,’ and on Prince Edward Island as ‘Islander Day.’ For our purposes, we will refer to the holiday as Family Day from here forward.

Alberta was the first province to observe Family Day, back in 1990. As the next few years ensued, Saskatchewan and Ontario followed suit. In 2012, British Columbia followed as well, changing the date of its celebration from the second to the third Monday in February a few years later to match the date of neighboring provinces’ observances. New Brunswick announced its holiday in 2018. Manitoba, PEI, and Nova Scotia joined the party in 2007, 2009, 2013, respectively. In Yukon, the already-existing Yukon Heritage Day was considered close enough on the calendar to the new Family Day holiday that no changes were made.

As you may imagine, there are no established traditions surrounding Family Day as there are for Christmas and New Year’s Day, for example. But, as the name implies, many Canadians take advantage of the three-day weekend in February to spend extra time with loved ones. Road trips, winter sports outings, and extended family gatherings are all popular ways to observe the holiday. Celebrants find ways to overcome the cold and have a warm and cozy Family Day!

The revolutionary politician and founder of the province of Manitoba, Louis Riel, is born, to be honored generations later by Canadian school children when they choose the name of Manitoba’s Family Day holiday.

First of its Kind

Alberta is the first and only Canadian province to observe Family Day on the third Monday in February as a statutory holiday, a distinction it holds until 2007.

Federal New Democratic Party leader Jack Layton proposes that Family Day become a federal Canadian statutory holiday, arguing that postal workers and other federal employees deserve the day off just as much as the other workers in their provinces.

‘Nova Scotia Heritage Day’ is introduced as that province’s Family Day holiday, with the addendum that the day will honor a different individual each year — to start with Viola Desmond, Canadian civil rights hero.

Do any other countries have Family Days?

Yes. Here is the most recent list — Australia, South Africa, Uruguay, Vanuatu, Vietnam, and the U.S. states Nevada and Arizona.

What are the popular foods to cook on Family Day?

It’s open season on what you want to prepare for your brood and friends, but we do know that on a cold February day in Canada, you can never go wrong with hot chocolate and freshly baked cookies.

I notice that Canada’s Family Day coincides with America’s Presidents Day. Do Americans have the day off too?

Yes, Presidents Day, also known as Washington’s Birthday, is a federal holiday in the U.S., so banks, post offices, and schools are closed.

HOW TO OBSERVE CANADA’S FAMILY DAY

WHY WE LOVE CANADA’S FAMILY DAY 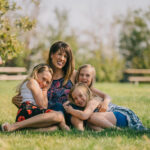 Clean Out Your Bookcase Day