National Sanctity of Human Life Day is an annual observance on January 22. On this day, we raise our voices against abortion. The presidents of the U.S. have been celebrating this day regularly since 1973 against the ruling of the case Roe vs. Wade, which legalized the right of abortion for a woman. Republican leaders since President Reagan have strongly opposed the law and have stressed the need to give the rights of life to every born and unborn individual. Because of this, January 22 has been dedicated to celebrating National Sanctity of Human Life Day.

In the historic case of Roe vs. Wade (1973), in which the U.S. Supreme Court ruled on January 22 that it is the pregnant woman’s right to determine whether she wants an abortion The outcome of this case was that the woman was legally allowed to go for an abortion if she wanted. Since this outcome, many movements came into existence that openly opposed the ruling. The movement became stronger when U.S. President Ronald Reagan proclaimed January 22 as National Sanctity of Human Life Day.

Since Reagan’s proclamation, the next presidents have maintained the importance of this day as the day was continuously celebrated for this purpose. So much so that the day is traditionally observed as a holy day by the Lutheran Church. Republicans have been famous in this regard that they have continuously supported this movement against the right of abortion, but during the Democrat President Bill Clinton’s tenure, the day was not celebrated. George W. Bush restored it and observance of this day continued in 2001.

Throughout history, this day has been celebrated continuously by the republicans but has faced opposition from the democrats. The virtue of this day does not exist in the support this movement receives from the political parties. The key value comes from the movement itself, which emphasizes the need to protect and save lives, born or unborn.

The legal case is won by Jane Roe, a pregnant woman, who went to the U.S. Supreme Court for her right to get an abortion, which was illegal in her resident State of Texas.

Opposing the Supreme Court’s ruling on its 11th anniversary, Reagan proclaims January 22 as a day to celebrate the Sanctity of Human Life.

The Supreme Court upholds the constitutional right for the woman but adds strict conditions for abortion to take place.

After eight years of Clinton’s tenure during which the Human Life Sanctity Day was not observed, President Bush reinstates this day’s observance.

What is the sanctity of human life?

The term describes the preciousness of human life. First, the sanctity of life is a concept that one believes in — a moral conviction. Second, it is a moral conviction about how human beings are to be perceived and treated.

What are the violations of the sanctity of life?

How does the sanctity of life apply to abortion?

How to Observe National Sanctity of Human Life Day

5 Facts About Abortions That Everyone Should Know

Why National Sanctity of Human Life Day is Important 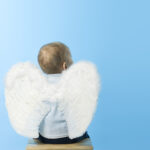 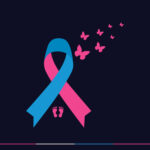 Dance of the Seven Veils Day