Good Memory Day is observed on January 19 every year, to cherish good moments from our past and present while making new ones for the future. On this holiday, we love to scroll through old photo albums and share a good laugh over a funny memory. As the name suggests, this day is also the perfect occasion to test how good your memory is. Come up with a memory game based on major childhood events and have a memorable day. Plan a fun day out with your family, or make that pending call to your best friend today.

Human memory has been a topic of study since the time of Aristotle. The earliest attempts to understand memory are found in Aristotle’s treatise, “On the Soul.” He was the first individual to compare the human mind to a blank slate and advocated that human beings are a total of their experiences. Later, English empiricist John Locke popularized this idea and coined the term ‘tabula rasa.’ In the mid-1880s, German philosopher Herman Ebbinghaus studied memory from a scientific point of view. He conducted several experiments, using lists of nonsense syllables to form meaningful words. Based on his work, he classified memory into three types: sensory, short-term, and long-term. Ebbinghaus is also behind the concepts of the learning curve and forgetting curve.

In 1904, Richard Semon proposed the idea that human experience leaves a physical trace on our brain’s neurons. This is called an engram or memory trace. American psychologist Karl Lashley experimented on rats in mazes to find out that memories are scattered all across the brain. According to a recent study, the brain goes through three processes: encoding, storage, and retrieval. For our brain to recall memories, these processes must work in sync. Although the human brain is capable of developing memories right in the womb, most people can’t trace childhood memories before the age of three or four. But that’s okay! After all, don’t we all get a little forgetful now and then?

Good Memory Day is here to remind you of all the beautiful moments from your past and gives you the opportunity to create more for the coming times. In the meantime, do not forget to acknowledge and show compassion to those who struggle with their memory.

One of the pioneers of the study of human anatomy, Julius Caesar Arantius, discovers the hippocampus, a complex brain structure that is involved in memory formation.

Memory As A Topic of Study

Cognitive Revolution is Ushered In

The concept of memory is explored, and path-breaking standpoints are put forth by researchers George Miller, Ulric Neisser, George Sperling, Karl Pribram, and Eugene Galanter, giving rise to the ‘cognitive revolution.’

The Phase of Innovation

Yes, it’s quite common for people to not remember events before the age of two. This happens due to a lag in neurological development — the brain structures required to create stories usually don’t mature before that age. Hence, a lot of us experience infantile or childhood amnesia.

What is the best way to improve memory?

Meditation is one of the best ways to focus your mind, and thus, improve your ability to remember things, but there isn’t one certified way to improve memory. Some people also maintain diets that include memory-boosting ingredients such as blueberries, fatty fish, turmeric, nuts, dark chocolate, and broccoli, to name a few.

Why do people turn forgetful with age?

With age, proteins and hormones that stimulate brain cells tend to decline. In other cases, aged people experience a decreased flow of blood that can impair memory power.

5 Facts About Memory That You Didn’t Know

Why We Love Good Memory Day 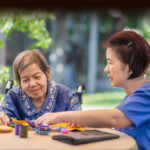 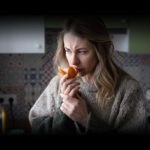 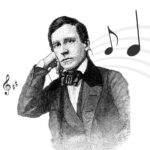 Brew a Potion Day
Get to Know Your Customer Day

Get To know Your Customers Day