Count Your Buttons Day is celebrated each year on October 21. Buttons can be found anywhere and everywhere from shirts to jackets to pants. They also come in various shapes, sizes, and colors. ‘Counting your buttons’ can be a fun and practical activity.

History of Count Your Buttons Day

The creator of this unusual, unofficial holiday remains unknown but we are guessing it’s someone who, maybe, had an impressive collection of buttons or is just fascinated by them. What we do know for a fact is that buttons have been around with us for eons; it goes way back since the Indus Valley Civilization, 2000 B.C. Buttons are integral to the fashion and interior decor industry. Until the 13th century, buttons were used for decoration and as jewelry. Originally made of seashells, bones, and ivory, its embellishment on a person’s attire signified wealth or status.

It was in the 1200s in Europe that people started using buttons to attach pieces of fabric. Later, with the 19th-century Industrial Revolution, machines took over the manufacturing of buttons, making them more slick and crisp and, most importantly, in larger quantities and soon became affordable to most.

Buttons gained popularity in the 20th century. Their demand, as well as their production, increased — making their way into every home. Today, buttons are found in many clothing items and are functional and aesthetic.

The first button makers' guild is formed in France

George Washington's inauguration as the first president of the United States on April 30, 1789, inspires many artists and craftsmen to make and sell memorial buttons with nationalistic designs, which become known as George Washington buttons.

Charles Dickens writes an article titled ‘What There Is in a Button,' published in “Household Words,” a weekly journal conducted by Dickens.

How did the button get its name?

The name is derived from the old French ’bouton.’ It is an English surname and also an occupational name used for people who make or sell buttons.

Who created the button?

The Indus Valley Civilisation is credited with the invention of the button that is now so widely used across the globe.

Why do buttons have holes?

The holes in the buttons are more than just for decoration. They slow down thread wear and also help in automatic sewing on sewing equipment.

Why We Love Count Your Buttons Day 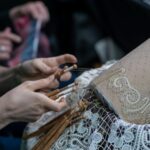 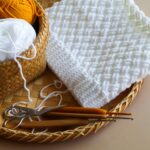 American Frog Day
​Back to the Future Day

Celebration of the Mind Day