Batman Day is a global celebration. Picture the most timeless superhero ever — we’re sure you’re picturing Batman and Batman only. Of course, we’re all aware of his epic look, his classic partner Robin, and his ever-popular Batmobile.

Because of this, every year on the third Saturday in September, which falls on September 17 this year, we celebrate Batman and the ageless storytelling of his life through comic books and movies. Citizens of Gotham and of the world honor Batman’s legacy on this fun-filled day that celebrates a pop culture icon. This day is celebrated across the globe due to Batman’s popularity in TV, film, and comics. For 80 years, Batman has gained much popularity as a character who reflects justice for fans all over the world. This Batman Day, let’s celebrate by practicing our own superhero qualities within.

Batman’s success over the years makes him a household name, but this day is actually celebrated to commemorate his first appearance ever in ‘‘Detective Comic’’ back in 1939. The day was originally in June in its first year but was moved around a few times.

The first Batman Day was officially on July 23, 2014, to make sure it coincided with Comic-Con International in San Diego that year. At Comic-Con, Batman’s 75 year anniversary was celebrated through Batman merchandise sales, and participating stores sold Batman stock from four different eras of the protagonist’s career. Classic original to modern design.

In 2015, special Batman publications and merchandise were released especially for Batman Day. It was discovered that the popularity of this day compared to other characters such as Wonder Woman and Superman, was the humanistic component. Batman is known to have no superpowers though he is in fact viewed as a superhero. His relatability, bravery, and pure athleticism over time gained the brand all its hardcore fans over the years.

The Bat signal became known worldwide, as one of the most identifiable images amongst other superhero iconography, making Batman capable of transcending cultures and language throughout the world. For the past five to six years, ‘’Warner Bros’’ and ‘‘DC Entertainment’’ have had Batman Day celebrations memorializing this classic character; This year’s Batman Day is promised to be the biggest and best one yet.

Batman bursts onto the scene in his first appearance in the ‘‘Detective Comics’’ and a year later debuts his own comic book series.

This particular Batman Day fueled the heightened popularity of this holiday, helping it to gain notoriety through small and big events held in the U.S.

Fans and comic-enthusiasts celebrate their love for the world’s number one detective on Batman Day. As DC Entertainment’s leading superhero, the day has been officially commemorated for half a decade now, in collaboration with Warner Bros.

Traditionally, Batman paraphernalia and merchandise are offered at partner retailers, and every year DC Entertainment goes all out to execute the most exciting events. In 2019, Bat-signals lit the skies in major cities around the world such as Paris, Berlin, Tokyo, and New York City — which is said to be the real-life Gotham City. Other recent events included Batman Story Time sessions at Barnes & Nobles chains and a Batman-themed 5 k marathon.

As the holiday is relatively new, there aren’t many time-honored traditions. But many Bat-fans, dress up as the caped crusader or famous villains in the Batman universe; the animated movies, feature films, video games, and comics are enjoyed; and die-hard fans spend the day curating their Batman collection and adding to it.

2 – the number of historical figures that the name ‘Bruce Wayne’ is derived from.

$7 billion – the net worth of Bruce Wayne.

1943 – the year when the Batcave was introduced in the TV serial “The Batman.”

#27 – the issue number of “Detective Comics” in which Batman first appeared.

31 – the number of series that Kevin Conroy voiced the Batman in.

2005 – the year when the first installment in Christopher Nolan’s “The Dark Knight Trilogy” began with “Batman Begins.”

#38 – the issue number of “Detective Comics” in which Batman’s sidekick Robin first appeared.

What other fun things are happening on Batman Day?

In honor of Batman Day, the Empire State Building is usually set to glow yellow. Check out ‘‘dccomics.com’’ and look for Batman day maps to find the closest bookstores, comic bookshops, and more holding events near you. There’s Batman day reads, a Batman playlist and deals and promotions to use.

How do we follow the Bat signal around the world?

Fans can download the Batman Bat Tracker from ‘‘Batman90.com’’ to follow the bat signal around the world. You can find details of cities and other activities, including what the creators will be up to on the day.

How was the character Batman created?

Batman’s character was originally created by Bob Kane based off the ‘‘Mask of Zorro.’’ Kane created a character based in a complete suit, and who was hiding his identity. He originally had wings under his arms, which then turned into a cape. The superhero element was inspired by ‘‘Superman’’ in comic books, released in 1939.

Why We Love Batman Day 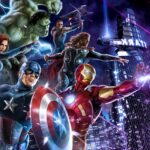