Tell a Lie Day is on April 4 and it gives us permission to tell a lie within reason. It comes only a few days after April Fool’s Day and it makes for the perfect companion holiday for those still in the trickster spirit. There are certain times when lying is acceptable. One of which involves bluffing during a game of poker. It’s better to keep a straight face and act as if our hands aren’t as great as they are. Afterall, sometimes being a good liar can pay off!

History of Tell a Lie Day

Tricksters have been around since the beginning of written myths. They’ve appeared in folktales all over the world as gods, goddesses, spirits, and animals with human traits that have the propensity for causing trouble.

Certain Native American tribes have used these stories as a way to teach their youth meaningful lessons about life. These tricksters have often been depicted as animals like the coyote and find great joy in cheating, lying, tricking, and deceiving for their own personal gain or enjoyment.

“Aesop’s Fables” is a collection of fables from a slave and storyteller in Ancient Greece that was published in 1876. In his story, “The Shepherd Boy and the Wolf”, a boy lies to villagers about a wolf eating his flock of sheep. The boy was actually lying to create a bit of excitement. When a wolf actually came, he told the villagers but they had caught onto his game and they didn’t believe him. The shepherd boy’s sheep were eaten and a wise man tells him that a liar will not be believed, even when he speaks the truth.

In 1940, Italian author Carlo Collodi’s novel “The Adventures of Pinnochio” was adapted to an animated film. In “Pinnochio” an elderly and impoverished woodcarver was so lonely that he wished for his puppet to come to life. The Blue Fairy appears and grants him his wish, bringing life to Pinnochio, but he’s still made of wood. Through Pinnochio’s trials, he has to make a series of choices that test his goodness and if he tells a lie, his nose grows.

The clown is a Jungian archetype that doesn’t necessarily have supernatural or divine powers. Instead, they’re more charismatically humorous and have had stock character roles used to add some lightheartedness to the story. On the opposite end of the spectrum would be the DC Comics villain Joker, who has taken his clown and lying antics to a dangerous level. Today, being a liar isn’t seen as an admirable trait in most circumstances, but Tell a Lie Day offers people a chance at pretending for a little while.

The Joker, Batman’s greatest villain, is created and uses comedic antics in his crimes.

Wish Upon a Star

Disney’s “Pinnochio” releases about a puppet who comes to life and whenever he tells a lie, his nose grows.

“The Shepherd Boy and the Wolf,” tells the story of a boy who lies about a wolf coming to eat his flock of sheep and isn’t believed by the villagers when a real wolf comes.

How many lies do you tell a day?

The whole truth and nothing but the truth? An average person lies about 1.65 times a day. Imagine going through life with 100 percent complete honesty. Telling someone that they do indeed look fat, or admitting how you really feel about a certain person that you don’t like to their face!

What are the 5 signs someone is lying to you?

They touch their face, mouth or throat. This subconscious body language may indicate that someone is lying to you. They repeat themselves. They pause before answering. They look toward the door. They don’t blink.

What is an example of a good lie?

A good lie is one that’s ultimately believable: it’ll sound like something you might’ve done or might want to do, but haven’t actually done. For example, don’t say, “I can speak 22 languages.” This statement is clearly a lie unless you’re a famous polyglot!

How To Celebrate Tell a Lie Day

Why We Love Tell a Lie Day 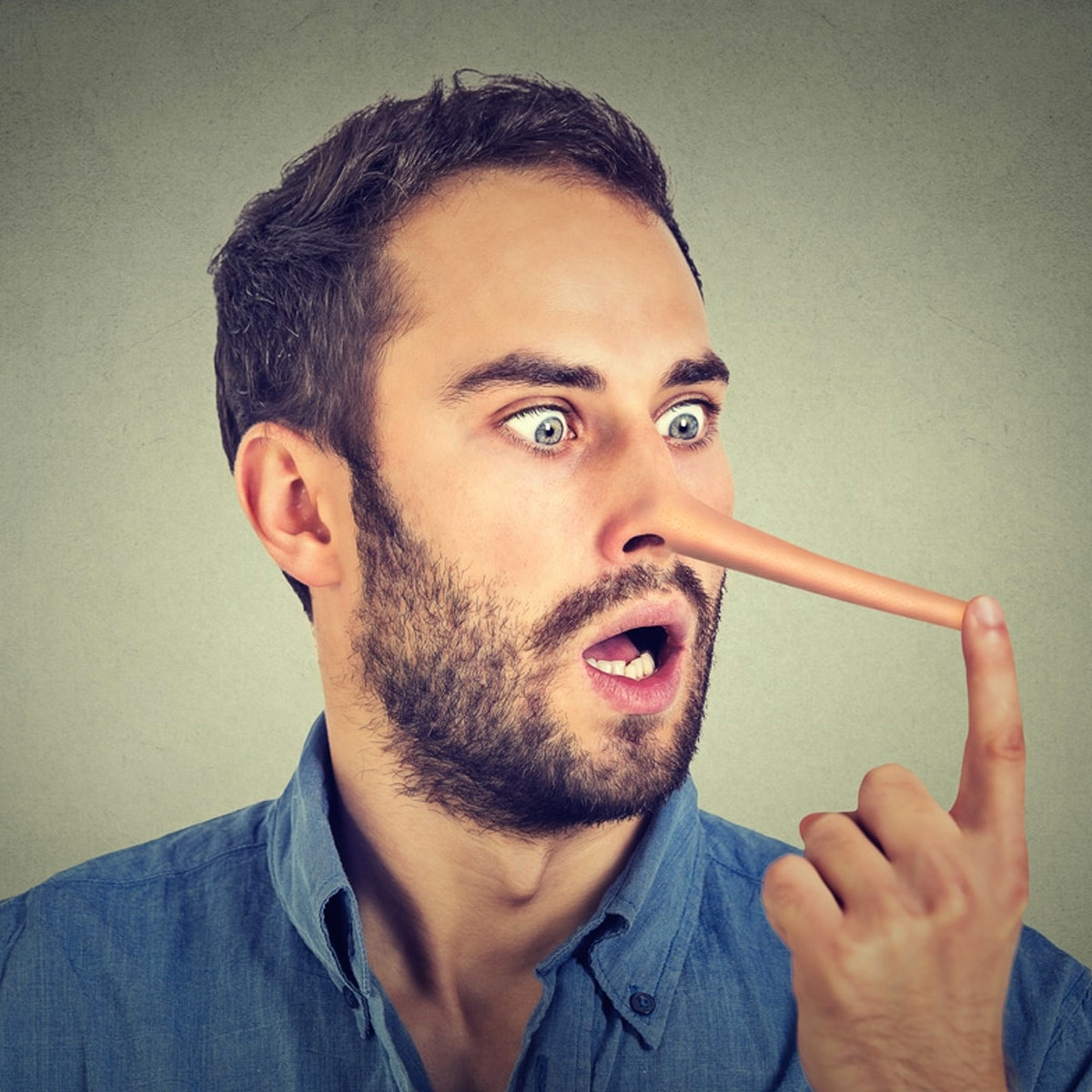